I don’t always have trouble sleeping, but when I do, I turn to herbal remedies. There are a lot of prescription medications that help induce sleep, but they come with a long list of adverse side effects. Hence my tendency to opt for herbal remedies. Food and herbs have known bioactive compounds that regulate the body. Plant species including valerian, chamomile, kava, lavender, hops, lemon balm and passion flower contain phytochemicals that have demonstrated sedative effects. Let’s take a closer look at the top herbs for sleep.

Valerian has been utilized as an herbal remedy in Europe since the 17th century. Today it’s the most studied among the herbs for sleep. Extracts from valerian have shown to be effective for those who have trouble falling asleep and staying asleep [1]. There are several randomized, placebo-controlled trials testing valerian’s sleep-inducing properties. They report that valerian can improve sleep quality without unwanted side effects [7].

Kava is an herb with ritual and social significance among traditional South Pacific cultures. In the U.S. and Europe, it has been sold as a supplement for anxiety and sleep disorders. In studies, kava demonstrates an ability to reduce sleep latency. It also shortens Stage 1 sleep and as a result, induce deep sleep much quicker. Since this herb also has anxiolytic effects, it can be a good natural remedy for those who have anxiety-related insomnia [1].

German chamomile tea is known for its sedative effect. It contains compounds such as apigenin that is an anti-anxiety, pain reliever, anti-inflammatory, antioxidant, and antiseptic [1]. If you are looking for herbs for sleep, chamomile is a good candidate. By binding to benzodiazepine and GABA receptors, apigenin from chamomile is able to relieve anxiety, act as a muscle relaxant, and induce sleep [6].

Hops demonstrate the ability to decrease neural activities and induce relaxation. For this reason, it is often mixed with other herbal remedies (e.g. valerian) to relieve anxiety and sleep disorders [1, 2].

Lemon balm is traditionally used to remedy gastrointestinal issues, but it is also known for its calming and mood stabilizing effects. In the scientific literature, its discussed as having potential in decreasing neuroinflammation [1, 2, 3, 4]. When made into tea, it has a mild sedative effect that can help with sleep.

Although unspecified, passionfruit contain bioactive ingredients that have calming and anti-anxiety effects  [1, 5]. By calming the mind, it can induce sleep.

Among this list of top herbs for sleep, valerian and kava are the most potent. Chamomile and lavender have shown some potential in inducing sleep, but additional experimental studies are needed. Hops, lemon balm, and passionflower are the least effective herbal sleep remedy in this review, but they are gaining some attention for their sedative ability [1]. 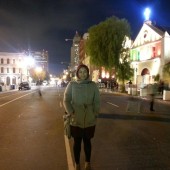 How to Start an Edible Urban Garden

How to Fix Hydrophobic Soil

How to Grow Kale (Lacinato): Planting, Growing, Harvesting, and Use